by
WYNONIE "BLUES" HARRIS; Illinois Jacquet and his All Stars; Wynonie Harris

Digitized at 78 revolutions per minute. Two stylii were used to transfer this record. They are 3.5mil truncated eliptical, 2.3mil truncated conical. These were recorded flat and then also equalized with Turnover: 400.0, Rolloff: -12.0.

Other IDs from the record include: S 1104

The recording on the other side of this disc: SOMEBODY CHANGED THE LOCK ON MY DOOR.

Technical Notes: Dupe of barcode GBIA0001433A, but this side is in better condition.; Stylus 3 & 4 did not track 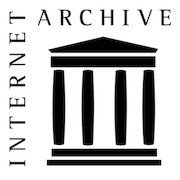